Home Stocks Should You Take a Bite into Apple?

Should You Take a Bite into Apple?

Over the last year I saw a few articles and posts around the web with the big question, “Will Apple Pay a Dividend?”  Back then Apple was around $325 USD per share. Coincidentally on March 19th, the very day Apple (AAPL) announced their dividend, staff writer Hank Coleman asked the question why  Dividend Fund Managers Are Buying Apple? Apple’s new dividend has been a blessing in disguise, since the dividend now comes along with a hefty share price. Regardless of whether you love Apple products or not, or view Apple as a leading and profitable company for years to come, the real question is whether the momentum and current share price is sustainable.

It’s an important question. As the Canadian Couch Potato recently pointed out in is article, Apple and the Dividend Puzzle, Apple shares now make up 4.5% of the S&P 500 Index.  So if you are investing in U.S. index funds or mutual funds, then the long term outlook for Apple directly impacts your portfolio. Even if you don’t own AAPL stock directly, the long term consequences for a crashing AAPL share price (should that happen) would send ripples throughout world markets, pension funds, and any other technology or telecom stocks you own.

The answer depends who you ask. Many investors both retail and institutional believe that Apple is undervalued in terms of its fundamentals, cash flow, and balance sheet. Whereas other investors look to the soaring share price, now at $607 USD as dangerously high, especially with its recent run up in price. I honestly have no idea whether Apple is overvalued or not. What I do know is when you hear hype like “this stock is going to $1000”, you can be sure the top is close. Even if Apple does go to $1000 per share, would that price be sustainable?

If you are already an owner of Apple stock then you are doing very well indeed, and it may be a prudent time to take some profit off the table. In a recent video on the Globe & Mail, Five Reasons I’m Not Buying Apple, columnist John Heinzl feels Apple is overvalued and outlines his reasons.

Tech Has a Short Lifecycle

History tells us that most high flyers eventually run out of steam, especially in the tech industry. The dot com bubble in the early 2000’s was a classic bubble. Strong blue chip giants like Cisco, JDS Uniphase, and Nortel all had stellar earnings reports and cash flow. Tech was in high demand, and these giants were all caught along for the ride in the dot com bubble.

RIM’s BlackBerry 850 and 857 were introduced in 2003, less than four years before the iPhone debuted in July 2007 and changed everything. Although RIM’s BlackBerry Bold was a winning phone, RIM began to lose market share to the Apple iPhone. RIM shares were trading at an all time high of $148 per share on June 19th 2008 and at another high of $142.75 on August 7th 2008. Today, Research in Motion (RIM) shares are trading at a tenth of their former value, with worldwide declining sales.

The rise of the iPhone pummelled RIM, and placed Palm in receivership. Nokia the pioneer of the cell phone is currently struggling for its very survival in an iPhone and Android world. Today Android is the mobile platform of the day, and is already taking a big bite into Apple’s dominance. In less than five years since the debut of the iPhone, we have seen enormous shifts with tech companies, including the rise of Samsung, and Google’s purchase of Motorola among others.

The Rise of Android

If there is going to be one bite into Apple’s success it would be Android. Hardly anyone had noticed or even heard of Android back in 2005 when Google purchased the company. Back in July 2007 when the iPhone emerged, and took the world by storm, Google launched its first Android platform just a few months after. But the early versions were problematic and paled in comparison to the iPhone. I covered a brief history of Android in a previous article, Will the Playbook Save RIM?

Today the iPhone and Android are the definitive leaders in the mobile marketplace. However even since last year, Android continues to take a huge bite out of iPhone sales. Samsung is very close to being the world’s leading mobile phone maker, especially with its Galaxy running Android, and that trend looks to continue well into next year.

A Company without its Visionary 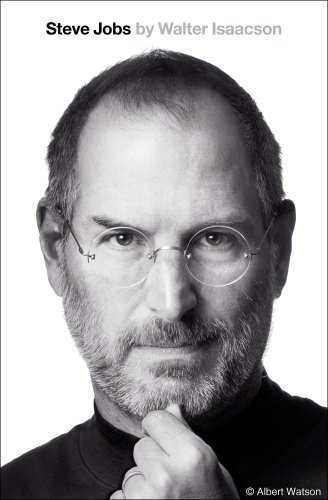 Apple is indeed a wonderful company that produces amazing products – no one can argue with that. But all of these products were pioneered when [easyazon-link asin=”B004W2UBYW”]Steve Jobs[/easyazon-link] was alive. Remember, Steve Jobs was the creative force and visionary behind Apple’s success. As John Heinzl has pointed out in his video, this seems to be something investors have forgotten.

Without Steve Jobs there wouldn’t be an iPhone, iPod, or iPad. In early March MoneyCone wrote an interesting post on The Many Inventions of Steve Jobs. There can be no doubt that Steve Jobs changed the technology landscape of the 20th century, and was the Leonardo da Vinci of our times.  So where does that now leave Apple?

It leaves Apple without its founder, mentor and pioneer, riding on the strength in sales of the iPhone and iPad. We can’t predict the future, and sales for iPad and iPhone remain globally very strong. However, it could be difficult for Apple moving forward, especially with Android becoming a leading mobile platform. What Apple (AAPL) needs moving forward is another iPhone or iPad. Perhaps Job’s left some interesting patents and ideas for his creative team to develop – you never know. 😉

Readers, what’s your take? Do you own Apple Stock? Are you taking profit, holding or buying?

27 Responses to “Should You Take a Bite into Apple?”