Home Market Commentary What has Happened to Trump Trade?

What has Happened to Trump Trade? 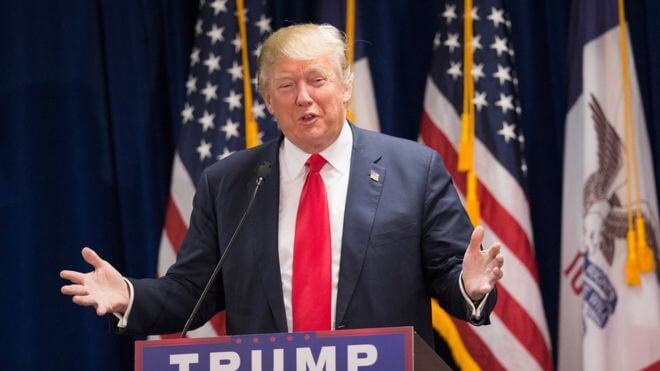 On November 8, 2016, America elected a new president. That the choice was Donald Trump created tremendous controversy in political and social circles, but economic markets rallied around the news. The message that the Trump campaign brought to the people resonated far and wide. Make America Great Again is more than a catchphrase, it is an undertaking to drain the swamp, bring industry back to the United States, repair healthcare, cut taxes, and boost the military. These ambitious undertakings have been promised in the past, but somehow with Trump they seemed more real. The Trump presidency brought with it tremendous optimism in the form of boosted financial markets. The Dow Jones Industrial Average (DJIA) rallied to over 21,000 in short order. Investors, traders, and talking heads believed that anything was possible with Trump.

Consider the following performance data of the US financial markets:

In Europe, there is even more optimism with the recent performance of major bourses:

It is clear that the 1-year performance of these bourses is bullish, but the year to date performance is less so. A smorgasbord of events has marred financial markets, notably PM Theresa May’s decision to invoke Article 50 of the Lisbon Treaty in March 2017, the French elections, and the performance of Donald Trump over his first 100 days. Then, there are major geopolitical concerns such as Syria, Iran, and North Korea. With all the uncertainty swirling about in the financial markets, it makes sense that the optimism people felt at the inception of the Trump presidency is waning fast.

Why Are Traders a Little Browbeaten?

President Donald J. Trump has not delivered on his big-ticket issues, but he has made tremendous strides on multiple fronts. The most important achievement of the Trump White House is the election of a Supreme Court justice to the bench. The death of Antonin Scalia split the Supreme Court 4-4 between conservatives and liberals. Now with the appointment of Judge Gorsich, the court is tilted in favour of conservatives once again. Trump’s border wall policy has yet to take root, his immigration ban fell flat, and the healthcare law was an abject failure. Yet, he continues undeterred with his policies of putting the American worker first.

The Federal Reserve Bank has made good on its promise to raise interest rates, and this indicates that a clear-cut policy of monetary tightening is in effect. This increases demand for the USD, but has a dampening effect on US exports. A leading analyst from a top binary options trading platform alluded to the sharp rise in call options on the USD with interest rate hikes. As for the UK, there are some dramatic changes in the works. For starters, the GBP has rallied in the wake of the French presidential elections, and solid UK economic data. A stronger GBP is a negative sign for the FTSE 100 index since most of the bourse’s revenues are derived overseas. The Brexit saga has also scared international investors from the UK, but the upcoming UK election may lure them back.

What Will It Take for the Bulls to Come Charging Back?

From Trump’s perspective, he needs a political victory – a big one. This could come in the form of a health care overhaul and approval in the Senate, funding for the border wall, defunding of sanctuary cities, an overturn of his immigration ban at the Appeals Court or the Supreme Court, and the like. Any major victory that the Trump White House scores will be good for financial markets. A lame-duck president that is stifled by his own party in Congress is unlikely to inspire confidence in the economy.

Reader’s, what are your thoughts? What do you think a Trump presidency implies for US and global markets?