Josip Heit: How Blockchain is Transforming the Raw Material Industry

Jeremy Dec 18th, 2019 Comments Off on Josip Heit: How Blockchain is Transforming the Raw Material Industry 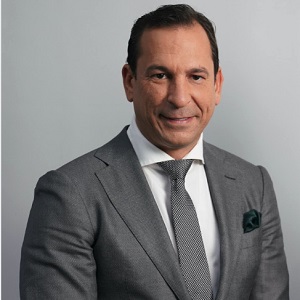 There’s a lot of hype around Blockchain and the industries that have been and will be revolutionized because of it. We already know that Blockchain has impacted the financial world and even real estate and healthcare. However, as many experts have noted, this has only been the beginning as the list of industries using Blockchain technology just keeps on growing. From pharmaceuticals to fashion, and agriculture to raw goods – it’s only a matter of time that industries across the spectrum will adopt Blockchain and transform how they do business.

Take it from serial entrepreneur and businessman, Josip Heit. It seems like there isn’t an industry he hasn’t successfully ventured into. Self-made millionaire, Heit has a gift for building businesses, and it’s his mission to create an impact in the Blockchain sector.

Heit has, for many years, been investing in various raw goods such as minerals, and precious metals, particularly gold. For the past few years, companies using Blockchain have been able to create a secure, digital chain-of-custody for raw material sales.

This is essential for enabling legitimate trade of raw goods, such as gold, benefiting investors, and customers alike. Blockchain has the potential to revolutionize commerce of natural products, “…especially in providing optimum security and protection,” states Heit.

Heit’s latest endeavor is with Karatbars, a company that he joined in 2017, specializing in selling small units of gold powered by Blockchain. Karatbars is at the forefront of modernizing the raw goods industry. With their headquarters located in Stuttgart, Germany, they offer a transparent and secure buying process for their customers to purchase pure gold as well as gold merchandising.

Without Blockchain, and without companies like Karatbars, investors, and customers looking to purchase any raw material are faced with outdated, chaotic supply chain processes that are not only slow and expensive but full of risk. Trade today, as it has for the past several decades, depends mostly on a hefty amount of paperwork and lacks automation. In the digital times we live in, it’s rather a mystery how invoicing and payment of goods are stuck in a pre-internet time.

In times of emerging technology transforming everything around us, how we globally trade raw goods is simply no longer up to date. The two most important factors, identified by experts to be broken in today’s trade of raw goods is traceability and transparency. Imagine in those stacks and stacks of paperwork, when information is incomplete or missing, how limited traceability is in a chaotic and complex trade network.

The technology that transforms it all

In a Blockchain-enabled trade process, there is a linear process from a material’s origin to its ﬁnal customer. Everything can be tracked and monitored, the resolution for those two key issues mentioned previously. The impact that Blockchain can have, as Heit and the team at Karatbars know, is security like never before.

Blockchain is essentially a new method of digital record keeping. It provides a decentralized way of keeping record of transactions across multiple copies, which are distributed over many computers. In other words, Blockchain produces a distributed or shared ledger, which results in a single truth of record keeping.

The bottom line for customers is reduced costs. When you remove the risks from having just one entity look after the books, the potential fraud and security issues, and then introduce the concept of peer to peer exchange rather than relying on intermediaries – you end up with the indisputable benefits of Blockchain technology.

Blockchain could not only bring more efficiency, but with speed and traceability, it also comes with higher quality. We already see with companies like Karatbars, raw goods, such as gold, becoming attractive and tangible like never before, as customers get to manage and control their purchase process, end to end.

Impacting the lives of people and the global economy, as Blockchain digitization spreads, no industry is excluded. The raw goods industry has only begun demonstrating its potential with Blockchain, transforming more and more businesses. For now, the industry is led by people like Heit and companies like Karatbars, defining a clear recipe for success.