Although gold is, and always will be, useful, it’s an asset that has failed to make any meaningful transition to the digital world. A natural element, gold grows in the ground and is only extricated with mines through great physical effort. It’s purified into a high-quality formand developed into products and as a material in various technologies. For personal investors, it’s stored in vaults and deposit boxes. And where it used to be a de facto money for people all around the world, today it leads a much more solitary existence.

Gold is almost too valuable for its own good. In the old days, gold wasn’t priced as high as it is today, so you could carry small gold coins around that were useful for everyday exchange. Today, these same coins are worth hundreds or thousands of dollars, so it’s risky to carry them on one’s person (and almost impossible to make change!).

In the 21st century people had almost written gold off, at least as a form of currency.. Then Karatbars International changed the game with an innovative line of gold products and services.

CashGold is the most fascinating of these products. CashGold arepaper currency notes with a tiny gold bar inset within the bill. The bills fold just like Dollars or Euros and, starting July 4, 2019, will be available through ATMs as part of a Karatbars International marketing campaign, the Gold Independence Days. However, as useful as CashGold is for “walking around money”, it was still not a solution for turning gold back into a truly universal spending asset. How could a user spend their CashGold online? 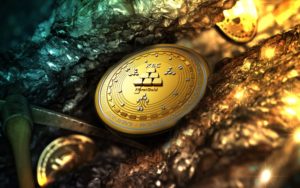 This is where KaratGold Coin comes into the picture. KaratGold Coin (KBC) is a cryptocurrency that was introduced  by Karatbars International in February 2018. The coin was a hit, raising $100 million through the KBC ICO. Investors bought their KBC because it is linked to the value of real physical gold, giving it much more stability than Bitcoin and other non-asset-backed cryptocurrencies.

KBC has other important utilities. Users can buy it with Bitcoin, Ethereum, and fiat currencies, and sell it for the same. Holders can also spend their KBC online, using Karatbars’ K-Merchant app. The official plugin of K-merchant can be currently integrated into Woocommerce, Magento and PrestaShop powered online shops and enables one-click-payments with military-grade security.

KBC is also useful on the IMpulse K1 Smartphone, the first blockchain-powered mobile device of this type. With the IMpulse K1 Phone the company is aiming to deliver a massively secure mobile phone where calls and text messages are not transmitted through conventional ways, but instead, they are encrypted and broadcasted by a newly created Voice Over Blockchain Protocol (VOBP). It uses peer-to-peer encryption that cannot be hacked or manipulated. Data stored on the device, such as images or documents, are saved and enciphered through the IFPS platform, which is a decentralized storage medium based on blockchain technology.

All of these capabilities make KBC one of the most compelling new cryptocurrencies to enter this space in recent months. If you want to invest in gold, but find it to be too antiquated an asset, KBC may change the game for you. A Coin with more concrete linking than nearly any other, KaratGold Coin gives its holders access to the most important digital and physical asset markets in modern investing.