The following is a guest post from Ben Carlson at A Wealth of Common Sense. Ben writes about personal finance, investments, investor psychology and using your common sense to manage your money. If you’d like to write a guest post, check out our guest posting guidelines. 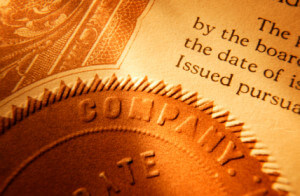 There is one recommendation that I received early in my wealth management career that has served me well: do not try to predict interest rates. There are way too many moving parts involved. To predict interest rates you must try to decide whether we will see inflation or deflation (rising or falling prices).

You must also try to gauge how the market is pricing in future inflation or deflation. Supply and demand for credit investments also play a role.

Central bankers around the world are keeping short-term rates low and making purchases in other parts of the bond market. There are a lot of factors to consider. Even if you can predict the direction of rates you could still get the timing wrong and lose money in the meantime.

Rates Are at All Time Lows

But with rates at or near all-time lows (in the history of interest rates!) investors have become increasingly concerned with what happens to their bond portfolio when rates do eventually rise. And these investors have a right to be worried. At some point the money being pumped into the global markets by central bankers will take hold and inflation or rotation out of low yielding securities will cause interest rates to rise.

Once rates rise, income producing assets will suffer price losses. This is because bond prices and interest rates are inversely related. So as rates rise and investors are able to get higher rates in the market, the bonds you hold will fall in price to make up for the yield difference.

This makes a lot of income seeking investors nervous, especially those that need current income to fund their spending needs. The perfect way to play the rising rate environment will only be known in hindsight. If you had tried to predict the turning point in interest rates or the bond market in the last few years you would have been sorely disappointed by the fact that rates have continued to fall.

Even though you shouldn’t try to predict the rise of interest rates that doesn’t mean you can’t make some changes to your portfolio to be ready for the time when rates do rise and inflation kicks in.

They say history doesn’t repeat itself but it often rhymes so let’s look back at the last time we had a rising rate environment to see how things played out. We have to go all the way back to the 1950s, 60s, and 70s since rates have been on a decline for a very long time. This is a graph of the 10 Year U.S. Treasury rate from 1950 to the present:

As you can see there was a steady rise in interest rates during the 1950s and 1960s. Then in the 1970s, inflation really took hold.  The Fed Funds Rate was ratcheted up by Fed Chairman Paul Volcker to try to subdue the threat of hyperinflation and he was successful but only after interest rates hit double digits.

You would think returns on bonds were destroyed in this rising rate environment.  Actually, they weren’t that bad.  Here are the annual returns by decade for 10 Year Treasuries during this period of rising rates:

Does that mean that rising rates don’t hurt bonds because returns were not that bad? On an absolute basis, these returns were positive. And the largest annual loss in that time was only about 5%. But if you look at the inflation rate over this time period and see how it affects your real returns, you can see how bonds are really hurt by rising rates.

I’ve added the annual inflation numbers (measured by CPI) over those same decades and the corresponding real (after-inflation returns) of bonds:

Rising rates don’t necessarily hurt bond returns that badly. You could still use bonds as a way to reduce volatility in your portfolio, just with lower returns than we’ve seen recently.

Inflation is a real problem. The reason bonds perform poorly with rising inflation is because your fixed interest payments are worth less and less over time as purchasing power is eroded. But it’s not like a stock crash where large losses happen very quickly and you have no time to react. It happens slowly over time and eats up your returns in small chunks.

After the difficult 1950-1980 period for bonds, we have seen rates on a downward spiral with only periodic and minor setbacks along the way. Returns in the 1980s for bonds were almost 12% per year and in the 1990’s and 2000’s, they gave you a yearly return of over 7% and over 6%, respectively.

How to Proceed With Rates So Low

Now that you have this information, how can you use that to protect your investment portfolio? Just because I think you should not try to predict interest rates does not mean I think you should ignore them altogether. Investing requires us to weigh probabilities to make decisions based on what we have seen in the past but with an unknown future ahead of us.

If rates rise, the longer maturity bonds (20-30 year maturities) will get hurt the most. So you should stay away from longer dated bonds. That’s an easy one. Rates could continue to go down and they might, but they can only go so low.

The best way to plan for a potential rising rate environment is to have a diversified portfolio of bonds across different geographies and asset type. You can also use a laddered approach by blending short-term and intermediate-term bonds to decrease your interest rate risk.

Since it’s impossible to predict how things will play out with the global economy it makes sense to have all of your bases covered. It would be great if you could put the perfect portfolio together at just the right time when rates rise but that will be nearly impossible.

You can minimize your risk by spreading your bets and having a diversified asset allocation plan in place. You can also lower the maturity of your bond portfolio and have inflation hedges in place if rates ever do shoot upward.

Just don’t try to reach for yield and use stocks in place of your bonds in search of extra income. Reaching for yield can lead to increased risk in your portfolio.

5 thoughts on “What Happens to Bonds When Interest Rates Rise?”