The following is a guest post from Henry Le, who blogs about investing at PaperCroc. I was delighted when Henry offered to write a series of posts, explaining the basics of how to analyze balance sheets and financial statements. If you’d like to guest post on the Dividend Ninja, be sure to check out our Guest Posting Guidelines.

Henry offered to write explaining the basics of how to analyze balance sheets and financial statements. In Part  1, Henry analyzed the Income Statement. In Part 2, he continues with the Balance Sheet.

Looking at the Income Statement and Balance Sheet

Below is the basic components that comprise the income statement.  From there, I analyzed some common, but useful ratios to determine if the overall business is profitable and worth investing in. 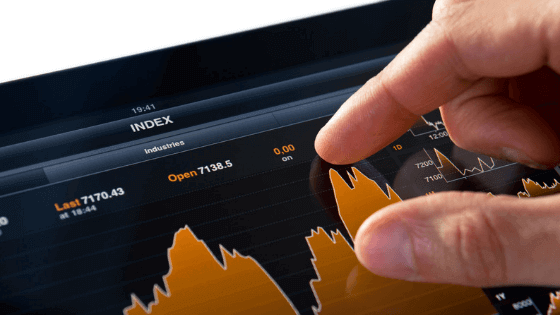 Whenever possible, I’ll be referring to the financial statements of Procter & Gamble (PG-N), which can be found on Google Finance.

The income statement basically tells us how much a company is making or losing.  At first glance, any financial statement can look overwhelming.  But Google Finance has made it easy for us by bolding the important information.  We’ll also be discussing margins.  You often hear people talk about a company’s margins.  Just remember, higher margins are always better.  Also, I’ll be looking at the annual and not quarterly statements.  So let’s get started!

This is simply how much money the company made in during the year.  For more detail analysis, visit the company’s website to read the full annual reports.  From 2007 to 2011, PG’s total revenue increased from $35,137 to $57,838 billion.  That’s an 86% increase, pretty good for a blue-chip company.

Total revenue minus cost of revenue equals gross profit.  It essentially tells us how much a company is able to mark up its goods.  PG’s gross profit increased year over year and its gross margin remained steady at around 50.00%.

PG is able to mark up its products by a whopping 101.24%. So if commodity prices rise, PG can pass on that cost to the consumer because it has strong brand recognition and high gross margins.

Total revenue minus total operating expense equals operating income.  This represents the profit the company made from its actual operations.

This is calculated by dividing operating income over total revenue.  If a company’s margin is increasing, it is earning more per dollar on sales.  Remember, the higher the margin, the better.  Generally, I like operating margin to increase or remain stable year over year.  PG’s operating margins are around 20% as its revenue steadily increased over the past five years.

This number represents the company’s profit after all expenses and taxes have been paid.  It’s the number a company will usually highlight in their earnings report.

This ratio expresses how much of each dollar earned by a company is translated into profits.  It’s calculated as net income divided by total revenue.  Net margin can vary from industry to industry.  So it’s best to compare companies in the same industry.

Cash margin is calculated as free cash flow divided by total revenue.  Free cash flow is calculated by subtracting operating cash flow from capital expenditures.  Both of which can be found in the cash flow statement (which I’ll cover in Part 3).  I believe this is the best proxy for determining if a company is profitable or not.

The number of shares represents the average number of shares outstanding during the reporting period.  I only look at diluted and not the basic number of shares.  This is because diluted shares include securities that could potentially be converted into shares of stock, such as stock options and convertible bonds.

Meanwhile, basic shares include only actual shares of stocks, so I completely ignore basic shares. Typically, the number of shares should decrease year over year because of company repurchase outstanding shares.  PG’s outstanding shares decreased from 3.4 billion to 3.0 billion over the past 5 years.

Once again, I look at diluted (EPS) only.  EPS is calculated from net income divided by the number of shares.  This is another number company’s highlight in their reports.  It’s important, but it can be easily manipulated.  For example, the net income can stay flat, but if outstanding shares decrease due to buybacks then EPS will increase.  That’s why we have to compare EPS to the free cash flow, which will be explained later.

Looking at the Balance Sheet

Now we continue onwards to the infamous balance sheet.  The balance sheet tells us how much a company owns (assets) and how much it owes (liabilities).  The difference between assets and liabilities is known as equity.

Equity represents shareholders’ ownership within the company.  The key thing to understand about the balance sheet is that it must be balanced at all times, hence the name.

Whenever possible, I’ll be referring to the financial statements of Procter & Gamble (PG-N), which can be found on Google Finance.

These are pending bills for which the company expects to receive payment soon.  If accounts receivable is rising much faster than revenue, then this might raise some caution signs.  It means that the company is increasing revenue by booking sales for which it hasn’t yet received payment.

Inventories consist of raw materials and goods that are ready or will be ready for sale.  Having a large amount of inventory in storage is not a good sign since inventory soaks up capital and can’t be used for anything else.  Increasing inventory can be especially troubling in the retail sector.  For example, a retailer that needed to sell last season’s fashion line would likely have to significantly mark down their goods.  Meanwhile, a construction company could probably get a decent price if it needed to sell some construction equipment.  It’s always good to keep a watchful eye for increasing inventory.

For example, in 2011 PG’s cost of revenue and inventories were $40.77 and $7.38 billion, respectively.  Thus the inventory turnover rate is 5.52.  This means PG went through its entire inventory 5.52 times over the course of the year.

These are long-term assets that form the infrastructure of the company.  They include land, buildings, factories, furniture, equipment, etc.  At the end of the fiscal year 2011, PG had recorded $41.51 billion in PP&E on the balance sheet.

In 2011, PG had $2.77 billion in cash and short-term investments and zero in long-term investments.  Most companies don’t have enough cash on the balance sheet to matter, except for the technology sector, so total cash really isn’t a significant factor.

These are bills the company owes and are due within a year.  Large companies that have higher leverage over their supplies can extend their payment deadline.  Extending the payment deadline can be good for cash flow because the company tends to hold onto cash longer.

Short-term debt and capital leases refer to money the company has borrowed for a term of less than a year.  These items can become troublesome when the company’s bills are due and it doesn’t have the money to pay them.  PG short-term borrowings were $9.98 billion in 2011.  The company generates enough operating cash flow, roughly $13.23 billion, to satisfy any short-term obligations.

Long-term debt is debt obligations such as bonds and notes, which have maturities greater than one year.  In 2011, PG accumulated $22.03 billion in long-term debt.  Overall, the company has $32.01 billion in debt as of 2011.

For example, Microsoft had an accumulated deficit and equity of -$6.33 billion and $57.08 billion, respectively in 2011.  The accumulated deficit was the result of the special dividend paid in the second quarter of 2005 and common stock repurchased.  However, this won’t hinder the company’s ability to operate or repay debt given its continuing profitability and strong cash flow.

This is a measure of a company’s financial leverage.  It’s calculated as:

Ideally, I like the debt to equity to be zero.  But realistically anything below 0.60 is relatively good for large companies.  PG has managed to maintain a debt to equity ratio of 0.52 over the past five years.  Some companies, such as Colgate-Palmolive, Philip Morris International, and IBM, have a debt to equity exceeding 1.  This is perfectly fine because these companies generate plenty of operating cash flow to fund their debt.

This is the amount of net income returned as a percentage of shareholders equity.  Return on equity measures a company’s profitability by revealing how much profit a company generates with the money shareholders have invested.  It is calculated as:

PG has maintained a 19.00% ROE from 2007 to 2011.  In other words, if I give PG $1, I can expect to receive $1.19 or a 19.00% return on my investment.  But this isn’t necessarily true as ROE can be skewed due to debt.  Companies such as Colgate-Palmolive and Philip Morris International have a ROE of more than 90%.  Just be careful when using this metric to analyze a company’s intrinsic value.  The values can often be skewed due to highly leveraged debt.

Since ROE can be skewed by high leveraged debt, I prefer using RORE instead.  It is calculated as:

Retained earnings are a percentage of earnings not paid out as dividends but retained by the company to be reinvested in its core business or to pay the debt.  Hence, this variable excludes debt from the equation, unlike equity, and provides a more accurate calculation in my opinion.  P&G averaged a 21.65% RORE over the past five years, which is relative to its 18.49% ROE.  In 2010, Colgate-Palmolive had an 82.36% ROE, but its RORE was 15.37%.  We can clearly see the difference when leveraged debt is excluded from the calculations.  However, there’s no need to worry about Colgate-Palmolive’s finances.  The company generates enough cash flow to manage its debt. 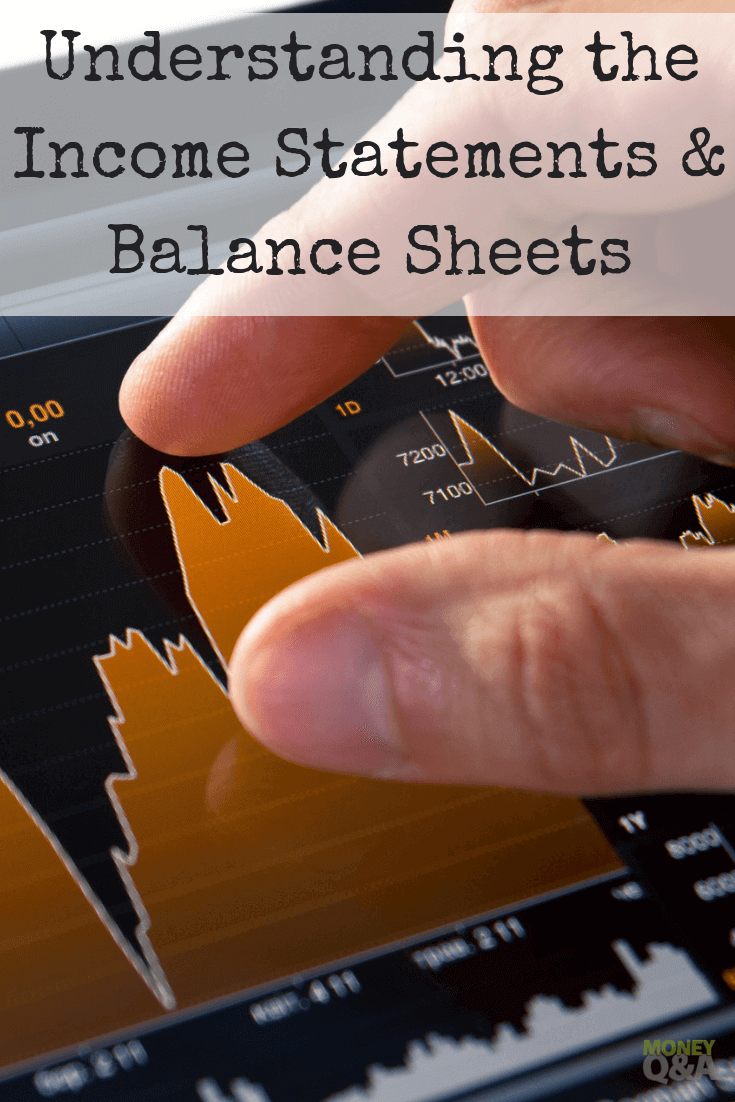