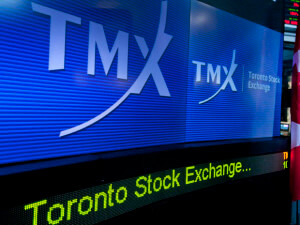 This is a two-part series that examines the S&P TSX Canadian Dividend Aristocrats Index. Part-1 examines the index methodology. Part-2 of the series looks at CDZ, the iShares ETF which tracks this index.

In a previous post, staff writer Hank Coleman covered the U.S. Dividend Aristocrats.  These stocks are based on the selection criteria of the S&P Dividend Aristocrats Index. As Hank wrote in his post, a company not only has to be a dividend payer for 25 years in row, it must also raise the dividend for 25 consecutive years.  If it fails on any two of those accounts, it’s out of the index.

Considering the carnage of the 2008 to 2009 Financial Crisis, that is a remarkable achievement indeed. Ben Carlson also pointed out the benefits of investing in The Dividend Aristocrats. In his post SDY Dividend Aristocrat ETF, Ben writes:

“These are high quality large capitalization companies with plenty of sustainable free cash flows available to pay out to their shareholders. Companies that are able to do this on a consistent basis are a dividend investor’s dream.” (Ben Carlson)

No wonder dividend investors keep a close eye on these U.S. titans for their portfolio.

There is also a Canadian version of the Dividend Aristocrats, aptly named the S&P/TSX Canadian Dividend Aristocrats Index. It represents some of the largest (and not so largest) companies in the Canadian economy, which trade on the Toronto Stock Exchange (TSX). However, it pales in comparison to its U.S. counterpart.

The criteria for a TSX Aristocrat are as follows: 1

This Index is No Aristocrat

Thomas Cameron of Dividend Assets Capital, who managed the Dividend Growth Investors Fund, used exactly that criteria. The Passive Income Earner wrote a post about dividend investing with the 10/10 rule, and has adopted the strategy into his portfolio.

Finally, a Canadian TSX Aristocrat only needs a market cap of 300 million, which is a small-cap company by definition.2 A U.S. Aristocrat on the other hand, must have a minimum market capitalization of 3 billion. There are many companies in Canada with a market cap in the billions, including banks, telecoms as well as companies in the energy and materials sector.

Even with economies of scale, the criteria for the Canadian Aristocrats are nowhere near the tough criteria which are required for a U.S. Aristocrat – not even close.

In light of the 2008 to 2009 Financial Crisis, many stalwart Canadian dividend payers lost their TSX Aristocrat status, and were cut from the list. The Canadian Banks for example didn’t raise their dividends during the crisis, and were removed. At the end of the carnage, there were less than the required 40 companies left, which could make the grade.

As a result, the S&P TSX Aristocrats needed new constituents or faced being a small or non-existent index. In 2012, Standard & Poor’s decided not to reduce the number of constituents to the index. Instead for 2013, they decided to amend the second point listed above, and add the 2 year exemption for the dividend. That meant a TSX Aristocrat didn’t even need to increase its dividend for the full five years. As long as it didn’t cut or suspend the dividend, it could put the dividend-increase on ice for a year, and still be an Aristocrat.

This was an unfortunate mistake on the part of Standard & Poor’s. Five years is a minimal dividend-growth history, and is virtually meaningless if it doesn’t increase over the full five-year period. In addition, a U.S. Dividend Aristocrat would be out the door without question if it didn’t raise its dividend. When you put it all together, although the index is named the TSX Aristocrat Index, it really has nothing to do with being an Aristocrat.

In Part-2 I’ll look under the hood and pull apart CDZ, the iShares ETF which tracks the S&P TSX Canadian Dividend Aristocrats Index. I’ll also look at the constituents (companies) of the index more closely. Many of these companies do not have solid fundamentals, and are not true dividend-growth companies. Some are previous Income Trusts with high-yields and high-debt. They certainly are not Aristocrats.

Readers, what’s your take? Are you a fan of the TSX Aristocrats? Do you agree with the S&P methodology?