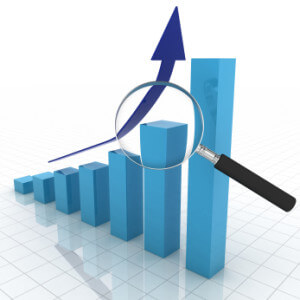 Economic analysts use a number of metrics to determine the health of financial markets. Depending upon the area investigated, the data includes spending trends, outstanding debt, import/export balance and a host of variables specific to various economic sectors. While each of the measurements furnishes insight into financial health, consumer confidence is one of the most accessible indicators, providing a broad understanding of public perception.

The way people feel about money and their financial futures influences spending and long-term financial planning. Real-life data can be extrapolated from the financial views held by the public, especially when economic conditions undergo changes. As the rank and file sees writing on the wall, people begin to alter their behavior, which shows-up in the general level of consumer confidence. Though it is impossible to predict the future, the prognosis remains good for many of the once-ailing UK economic sectors. Housing, lending, and employment have made gains, so confidence seems to be growing among consumers.

The major upheaval experienced in world markets following disastrous outcomes in 2008 had a significant impact on consumer confidence, which only served to exacerbate negative trends. By 2011, public perception had spiraled downward, showing nothing encouraging.

The BBC reported the biggest one-month drop in consumer confidence in 16 years, pointing to a key indicator that showed an eight-point fall between December and January. Government austerity measures and fears of a double-dip recession shook public perception, including lower expectations in key areas.

Personal Financial Future – The index measuring people’s personal financial expectations for the coming year dropped to minus twelve, as compared to plus 4 a year earlier.
General Economic Security – Another key indicator measure general perceptions about the health of the economy during the coming year illustrated just how widespread financial uncertainty had become. The statistic dropped to minus 30, compared to a score of minus 2 for the prior year.

Hard data fueled the downward spiral, with a shrinking UK GDP and inflation that had risen to 3.7%. Combined with an average VAT increase from 17.5% – 20%, the underlying problems hit consumer confidence significantly, especially when considering major purchases.

Fast forward a few years from the dismal perceptions held in 2010-2011 and it becomes clear how consumer confidence is currently on the rise. In fact, March saw financial perceptions rise to their highest levels in twelve years. Public sentiment pushed the confidence index to plus 4 in March, up from a score of only plus 1 in February of this year. The uptick exceeds expectations of leading economists, illustrating the nature of consumer confidence, which operates independent of other economic indicators.

According to polling, households reported a more positive view of the country’s economic future and displayed greater willingness to spend money on discretionary buys. The rise could continue, as wages are ticking upward. Recent years’ high inflation and previously slow-moving wages still mitigate true wealth levels within many UK households, but certain trends are tracking favorably – taking consumer sentiment along with them.

As confidence rises among shoppers, spending is also showing signs of recovery. Hotels, restaurants and pubs, for example are all sharing increased revenues from patrons who have a brighter outlook toward the future. And as inflation growth slows, online shopping and face-to-face consumerism are both showing positive gains. Traditional mail and phone orders also showed increases, according to recent returns from those polled.

Economic forecasts rely on myriad indicators, which analysts use to project potential outcomes. And while each financial sector contains specific indexes used to track growth and stability, consumer confidence plays a role in wide-ranging monetary markets.

Following turbulent perceptions shared by shoppers and investors, fortunes appear to be changing among those polled. Spending itself is tracking upward, but sentiment is also on the rise, which points to further upside potential.