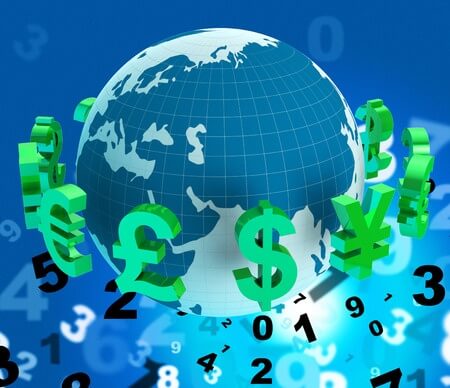 Also known as “big picture” trading, long-term Forex investing has become an increasingly popular strategy. This is partially a result of the comparatively conservative nature of such a stance while it is just as appealing for building sustainable wealth. It stands to reason that this approach will slightly differ from the methods associated with short-term trading. Let us take a look at a few popular strategies as well as some of the main metrics to keep in mind along the way.

Long-term Forex trading needs to take into account a handful of variables which can influence longitudinal patterns. From a broad perspective, these are categorized as follows:

All of these can have a dramatic impact upon the relationships between currencies. Appreciating their influences can help investors identify trends in advance.

One of the advantages offered through CMC Markets is the ability to monitor charts from a weekly perspective. Knee-jerk movements that occur on a daily basis can be difficult to interpret and if viewed on their own, they may even appear to make no sense. Stepping back and examining five-day trends will tend to minimise the importance of such movements and once again, a broader perspective is gained. Weekly charts are also great tools to analyse whether or not an existing strategy is appropriate.

The Concept of the “Carry Trade”

Carry trading is more concerned with predominant interest rates than the relationship between two discrete currencies. A currency associated with a high interest rate is “carried” (or paired) with one associated with a low rate. This differential is then paid out daily in the form of a roll-over. Such an approach is particularly worthwhile when the fiscal relationship between these two currencies is seen to be rather stagnant. However, keep in mind that the interest paid may not be justifiable to offset the risk of a sudden market movement. Carry trades should be performed only after a significant amount of research has been performed.

This long-term strategy is associated with an investor following robust and/or emerging economies. Countries which show strong signs of growth are often worthwhile Forex trading opportunities. In other words, their domestic currency is likely to gain momentum over time. This is an extremely conservative method and can be used by those who may not have a significant amount of capital to wager on one-off day trades. It is also worthwhile noting that traders will often watch fundamentals and pay less attention to daily technical indicators.

These are a handful of effective long-term Forex investment strategies. Those who are new to this methodology should experiment with each one in order to determine which may be the most appropriate. While emphasis has always been placed upon the short-term nature of currency investments, long-term ventures can prove to be just as rewarding.

One Response to “Long-Term Investment Strategies with Forex Trading”