Home Trading The Orient Express? The Pros and Cons of Investing in Chinese Stocks

The Orient Express? The Pros and Cons of Investing in Chinese Stocks 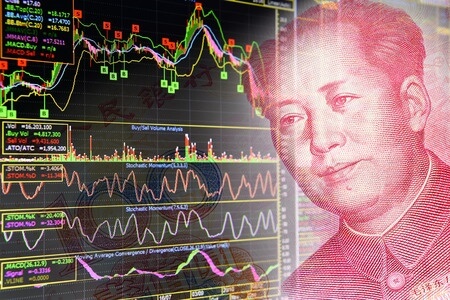 The markets of the United Kingdom and the European Union have endured some turbulent waters during the past year. Not only is the economy of the 28-nation bloc still considered to be quite fragile, but the Brexit movement has called into doubt the political viability of Britain into the near future. As opposed to adopting a watch-and-wait approach, some investors are thinking outside of the box and diversifying their holdings into the Chinese marketplace.

Is this a wise choice? Why do the Asian markets appeal to some traders? What are some of the benefits and potential drawbacks of such a decision? Let us take a closer look.

Why China and Why Now?

Although the Chinese economy has been somewhat stagnant for the last two years, some analysts feel that a corner has been turned. This is primarily due to a new government led by Xi Jinping and a more corruption-averse attitude when compared to the past. A burgeoning middle class and higher wages signal that the GDP of this international powerhouse may also be on the rise. So, the economy could be looking up in the coming years. It should also be noted that since the renminbi is now formally recognised as a global currency, the fiscal influence of China will likely increase.

The Potential Benefits of Investing in Chinese Shares

Many astute traders are viewing the Asian marketplace from a long-term point of view. China is indeed slated for substantial growth (as seen in the past) although it may still take a number of years to witness appreciable change. Another interesting situation is the relationship between the Chinese renminbi and other currencies such as the pound and the euro. The renminbi is notably weaker and this will afford plenty of buying opportunities simply from the point of view of exchange rates. It could be cheaper to own Chinese shares and thus, higher profits may be realised without having to appropriate a great deal of capital. Some other points to mention in terms of an Asian investment strategy include:

All of these figures reinforce the reasons why China is undoubtedly a world player. In fact, many experts agree that this economy will grow between seven and nine per cent each year (1).

The Potential Downsides to an Investment in Chinese Shares

Although the benefits cannot be denied, we still need to recognise some very real risk factors that are present. One notable concern here can be seen in the demographics of this nation. The post-war baby boomers who are now reaching the age of retirement have already been seen in western economies. This same trend is beginning in China, only on a much larger scale. This would not be an issue except for the fact that the one-child rule has thinned the portion of the population that is still actively buying consumer goods. In turn, we may see a slowdown in regards to GDP and annual growth.

Another potential problem is that many of the largest firms are owned by the state. While this does not prevent a stockbroker from becoming involved, there is a danger that he or she may not be as important in terms of profits when compared to governmental concerns. In the same respect, there have been some issues in terms of corporate governance. Filings can be incomplete or inaccurate.

Now that platforms such as CMC Markets enable traders of all sizes and skill levels to access financial data within seconds, it only makes sense that disparate regions of the world can be sound investment possibilities. There is no doubt that the economy of China is on the rise and that we will continue to feel the impact of this power into the foreseeable future. It is only through a careful analysis of the benefits and risks involved that one will be able to make the most informed decisions at the appropriate times.