Home Investing Max Out Your TFSA, and Forget the RRSP!

Max Out Your TFSA, and Forget the RRSP! 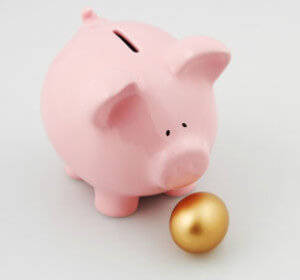 With RRSP season approaching, and the chaotic frenzy that ensues in January and February, I thought I would jump to the front of the queue and get the RRSP ball rolling for 2011. The premise of this article is that everyone should max out their TFSA’s first, and then consider whether they need to contribute to an RRSP.  Both investment vehicles grow tax free. The main advantage of the TFSA over the RRSP is you don’t have to pay taxes on the amounts you withdraw.

Conventional wisdom says to make the maximum contribution you are able to your RRSP. This adage is well entrenched in the financial industry in Canada, because RRSP’s were the only tax-sheltered investment available to ordinary Canadians. That was until 2009 when the federal government unveiled the TFSA (Tax Free Savings Account).  Although the TFSA is well established, many people have not seriously considered the benefits of the TFSA, and still continue to contribute to their RRSP’s

The wisdom is based on the fact that when you contribute to an RRSP that amount reduces your taxable income, and for most people that usually means a refund. It’s easy to look at the short term gain, RRSP = Refund.  So $1000 invested into an RRSP = approximately $250 refund in the lowest tax bracket.  And if you are in a higher tax bracket of course you get a higher refund (or at least lower your taxable income). Sounds like a winning game plan!

The tax man will eventually come back for his money he gave you as a refund – in the form of taxes. Money taken out of your RRSP is FULLY taxable, so the more you make the more taxes you pay. Even if you are in a lower tax bracket when you retire, you will still pay tax on all the money you withdraw. This taxable amount on the compounded investments over time, may possibly be more than the net benefit from the RRSP deductions you received in previous years. That’s something you need to work out with your accountant.

For example let’s say that $1000 invested earns a nominal average return of 5% per year in dividends and capital-gains for 20 years inside your RRSP, and let’s say for the next 19 years you diligently contribute another $1000 each year. So for the 20 years your total RRSP investment is now worth $35,719. Think about the taxes you pay on that!

Max Out the TFSA

On the other hand, money you withdraw from your TFSA when you retire is non-taxable 🙂  If the same amount in the example above was contributed to a TFSA, it would still have the same compounded growth. The difference being there would be no taxes to pay – that’s $35,719 that isn’t taxed. Nice!

Unlike an RRSP you do not get a tax deduction for your contribution, but your compounding returns still grow tax free! When you retire you can withdraw the money out of your TFSA without paying taxes. Congratulations you just made a tax-free investment.  So forget the RRSP, and be sure to make the maximum contribution to your TFSA first!

Who Should Use a RRSP?

High income earners generally can get the net-benefit from contributing to an RRSP and lowering their current taxes. That refund could then be used to reinvest in the following year’s TFSA, or even better help to pay down the mortgage.

But even if you are in a high income bracket, don’t forget to max out the TFSA first, because that money (as well as the compounding income) will be non taxable when you withdraw it at retirement. That 5K per year compounded over time, can amount to some big non-taxable benefits in the future!

Turning 71 and having a big RRSP nest egg could be a real hassle! That money either has to be converted into an Annuity or RRIF, or even worse withdrawn from an RRSP at your full taxable rate. With a TFSA however, there is no age limit on the holdings. You can keep it until your 92 if you want to!

Personally I would rather keep my own investments than deal with the uncertainty of trying to buy complex annuities from insurance companies, or deal with unforeseen interest rate environments.  I hate to sound simplistic, but annuities and commission based mutual funds are the same animal – they generate revenue for companies and brokers who sell them.  So stick with TFSA’s and avoid the turning 71 RRSP hassle!

Use your TFSA for an Investment Loan

Investments inside your RRSP cannot be used for collateral. But you can use the investments inside your TFSA as collateral for a loan – specifically for “good” debt such as an investment loan 🙂 The interest on this loan (unlike a RRSP loan) is tax-deductible. So use your TFSA as collateral to take out an investment loan.  As long as you don’t use that loan to contribute further to your TFSA or RRSP, then the interest is fully tax deductible. Once the loan is paid off (since you are writing off the interest) you can then contribute that amount back into your TFSA.

So if you borrow $5000 at a rate of 4% for investment, you can claim a $200 tax deduction.  Doesn’t sound like much, but it’s more than the taxes you will pay when you start withdrawing from your RRSP.  Think of it as a dividend to yourself!

Both investment vehicles the RRSP and TFSA grow tax free. The main advantage of the TFSA over the RRSP is you don’t have to pay taxes on the amounts you withdraw.

Please keep in mind I am not an accountant or professional advisor, and everyone likely has an individual circumstance that is very different from mine or someone else’s. You may find after reviewing your taxes and investment situation that an RRSP, TFSA, or a combination of both is most prudent. Regardless, I strongly urge everyone to sit down with their accountant and make their TFSA game plan for 2011!

31 Responses to “Max Out Your TFSA, and Forget the RRSP!”