McDonald’s (MCD): A Boring Dividend Stock for a Fast-Paced Market 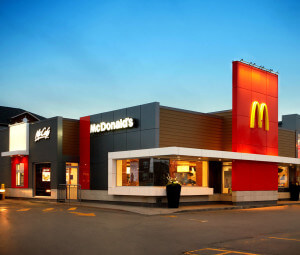 When bull markets are in full swing, investors become enamored with hot growth stocks.  This explains why names like Tesla (TSLA), Facebook (FB) and Netflix (NFLX) have garnered the attention of market participants with their fast-paced growth prospects and volatile stock price movements.

It’s simply much easier to become more optimistic about future growth in technology companies when stocks are going up.  People are making money hand over fist and everyone’s happy.  This is why stocks with “can’t miss” narratives do so well in times like these.

Growth stocks become the sexy investments because they are a bet on an unknown future.  In bull markets optimism grows and can lift stocks with greater uncertainty built into their share price and future earnings numbers.

Because of this dynamic, boring value stocks that pay dividends and generate consistent cash flow can eventually become overlooked.  It’s no fun investing in a stock based on its historical or present situation when you can make a gamble on the future with a high-flying growth stock.

One of these overlooked dividend stocks in the current bull market has been McDonald’s (MCD).  Although 2013 was an outstanding year for the U.S. market as a whole, McDonald’s was a notable laggard.  Here is a price graph with the 2013 performance for MCD and the S&P 500:

This is a company with a built-in moat because of the recognizable global brand name.

McDonald’s has increased their dividend payment every year since the mid-1970’s.  The yield currently stands at roughly 3.3%, still above the rapidly rising U.S. Treasury bond yield.

Earnings are up over 350% in the past decade while the share count is down over 10% since 2008 as the company has continued to buy back their own shares in the open market.

Those are the pros, but it makes sense to look at the cons of any investment candidate to see both sides.

Many dividend paying stocks have performed wonderfully in this bull market, so McDonald’s is not a company without faults at the moment.  Brand name companies with solid yields don’t trail the market because everything is going great.

Sales have become stagnant in the past few years with increased competition from fast casual food companies such as Chipotle (CMG) and Panera Bread (PNRA).

The company has also taken a bit of a PR hit because of the low wages they pay most of their customer service employees.  This could continue to be a contentious issue going forward. 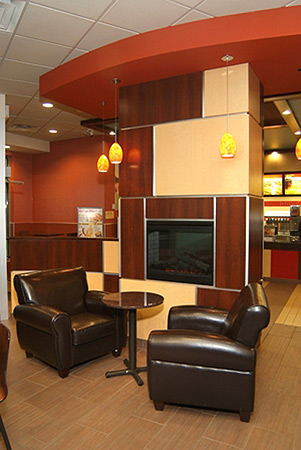 At this point, investors need to ask themselves whether or not these issues are priced into the current level of the stock.

I think there’s a high probability that these problems have been priced in.

McDonald’s is also an innovative company that has worked through issues in the past.  They were one of the first fast food companies to institute a coffee shop atmosphere by sprucing up the appearance of their restaurants for dine in patrons.  The McCafe model has been a bright spot for the company since its introduction in 2009.

Most other fast food restaurants have slowly adopted the same model.

If the market continues to charge higher it’s quite likely that McDonald’s will remain a relative underperformer.  However that may change as the bull market matures and investors look to rotate to find undiscovered value in a richer market.

But if things get dicey and investors begin to look for safe haven stocks with juicy dividend yields then McDonald’s should fit the bill.

Either way, you get paid to wait by clipping 3.3% a year in dividends.

Ben Carlson manages institutional investments and is the author of the blog A Wealth of Common Sense. Follow him on Twitter @awealthofcs.

21 Responses to “McDonald’s (MCD): A Boring Dividend Stock for a Fast-Paced Market”