Home Market Commentary Is the Stock Market in a Bubble?

Is the Stock Market in a Bubble? 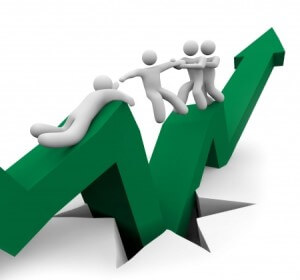 Investors seem to carry emotional scars from the dotcom bubble in 2000, and the debt bubble of the 2008 to 2009 Financial Crisis. Both bubbles caused massive losses for investors.

Hindsight bias causes us to look at past events and assume they were much more predictable than they actually were at the time.  It’s the “I-knew-it-all-along phenomenon.”

Since those crashes are so fresh in our memories, we are now subject to knee jerk reactions. Any time an investment rises in substantially in price we hear a chorus of bubble calls.

Morgan Housel of the Motley Fool had this to say on the topic:

The bubble in bubbles seems to be upon us.  The more you look for one the more you will start to see them.

But there is a difference between overbought or overvalued markets and bubbles.

What is a Bubble?

Bubbles are created by the psychology of the participants in the market.   As prices rise investors feel a sense of guilt for not participating in those gains.  As prices continue to increase investors still on the sidelines finally capitulate and put their money to work, usually at exactly wrong time.  No more marginal buyers at the high prices means watch out below.

Cliff Asness of AQR Capital Management recently wrote that “The term bubble should indicate a price that no reasonable future outcome can justify.”

Bubbles vs. Bulls and Bears

I don’t necessarily think that’s the case today.  Of course, sales and earnings results could come in much lower than expected if we hit another economic slowdown.  But fundamentals aren’t so stretched right now that continued growth can’t justify today’s prices.

Gains of more than 20% in a year (as we have seen in 2013) are more common than most investors realize. This has happened in roughly 1 out of every 3 years historically.

The average bull market return going back to 1932 was 185.2% and lasted an average of 61.2 months.  The current bull market is up roughly 167% and has lasted nearly 57 months.  So this run does seem to be getting long in the tooth, but nothing out of the ordinary.  Even if we aren’t in a bubble at the moment it doesn’t mean that we won’t see a meaningful correction in the market.

Since 1897, the Dow Jones Industrial Average has fallen in a calendar year between -5% and -25% 23 times, or about 1 out of every 5 years.  Crashes have been much less frequent with the Dow finishing the year with a loss of -30% or more only 1 out of every 20 calendar years.

Markets can be very unforgiving.  It’s best to stay humble.  I could be wrong and we very well could be in a bubble and see a crash in the future.  Either way, it’s best to not make your investment decisions strictly based on whether or not you think something is in a bubble.

Even if you could predict it ahead of time, there’s not much that you can do with this information.  Bubbles can last much longer than people realize because they are self-reinforcing based on the madness of crowds.

If you think the U.S. market is sitting on a bubble that’s ready to burst, consider rebalancing some of your gains to international markets with cheaper valuations.  See my previous post Go Global for Higher Yield Dividend Stocks for more on this topic.

Just don’t turn your investment strategy into a guessing game about the overall direction of the market.  This is an impossible strategy for even the smartest of investors.  It’s out of your control.  History has shown that having an optimistic bias has been rewarded over time.

“Far more money has been lost by investors preparing for corrections, or trying to anticipate corrections, than has been lost in corrections themselves.  I can’t recall ever once having seen the name of a market timer on Forbes’ annual list of the richest people in the world.  If it were truly possible to predict corrections, you’d think somebody would have made billions by doing it.”

Ben Carlson manages institutional investments and is the author of the blog A Wealth of Common Sense. Follow him on Twitter @awealthofcs.

9 Responses to “Is the Stock Market in a Bubble?”