Home Trading How Online Trading Has Changed Over Time

How Online Trading Has Changed Over Time 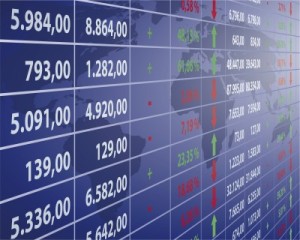 Ever since the early years of the internet, being able to trade currency online has helped forex trading expand. With no need for telephone calls and the ability to trade large amounts of money from a computer, it soon saw many more people start trading either as a money-making hobby or even a full-time job.

As the evolution of technology has continued so has the way trades are made online. Both traders and trading companies have been affected by the many changes that have occurred. Many positives (and a few negatives) have emerged in how online trading has changed.

At first it was just desktop computers that could be used to make trades online, but with internet access now possible through a range of devices the options have grown. Desktop platforms such as the one offered by FxPro, have advanced customization to suit your needs and present important information.

Accounts can be logged into across various devices, with smartphone apps now available for almost every trading application. This means you can now trade currencies while on the move with just an internet connection. Traders are more on the ball than ever with little chance of missing an opportunity as they can react to world events from anywhere.

The increasing use of technology to make trades has reduced the need for brokers in many cases. There are still hundreds of forex brokers available but a lot of casual traders are choosing to use their online platforms and make trades themselves.

With a plethora of information and advice available online, anyone can become a forex trader by reading up on it and practicing. This reduces the need for seeking out the help of a professional to make trades for you. Simplified platforms have also made it more manageable.

The forex market is massive, so it’s no surprise that it has experienced instances of cheating and manipulation, especially since going online. There was an attitude between traders that cheating was a necessity, although with many banks receiving large fines that has recently been put to bed.

Banks and traders have now cleaned up due to increasing pressure, although further market design changes have been suggested. If currency trading had never gone online it is hard to say whether the same amount of cheating would have happened or not. Overall though, being able to trade online has proved highly beneficial to traders more than anyone.