Dividend Investors Can Find Attractive Yield in These Countries

Guest Ninja Feb 23rd, 2020 Comments Off on Dividend Investors Can Find Attractive Yield in These Countries 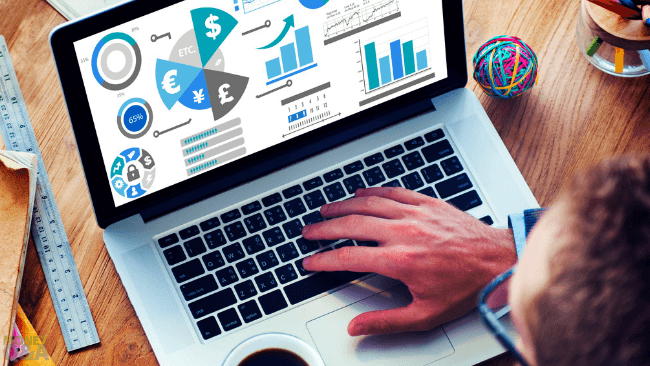 U.S. stocks ended 2019 with tremendous momentum and the first few weeks of 2020 offered investors more of the same. The impressive stock gains are outpacing past U.S. presidents by a large margin which has some dividend investors asking if they missed the boat and need to look elsewhere for investment opportunities.

Investors looking to buy international dividend stocks will need to first convert their greenback to a foreign currency. Right off the bat, the investor will get hit with a standard foreign exchange fee of around 2.5% which will go against their profit potential. Add another 2.5% when they decide to sell their investment for a total drawback of 5%.

And then there are foreign exchange fluctuations to consider. The U.S. dollar currency index, a tool used to track the American currency against a group of international currencies, has already gained 2.8% in the first six weeks of 2020.

Put differently, international investments held by all American investors are down nearly 3% on the basis of regular foreign exchange changes alone.

Some experts are saying the strong growth in the U.S. dollar can be sustained throughout 2020. Meanwhile, central banks across the world could introduce currency negative policies, such as more quantitative easing, creating a perfect storm of negative catalysts for international investors.

But for investors who insist or require international exposure have many options to consider.

Canada’s national currency, dubbed the loonie, gained 5% against the U.S. in 2019. America’s neighbor to the north was among the few major economies who didn’t cut interest rates in recent memory which represents a headwind to its currency.

The top 10 Canadian dividend stocks include many familiar names to American investors as their stock is also listed on a U.S. exchange. Some of the examples include Canadian National Railway, Royal Bank of Canada, and Telus.

Canada offers American dividend investors some tax benefits which makes it a national destination for investment dollars. All of the relevant tax laws can be found in the Internal Revenue Service’s Publication 597 titled “Information on the United States-Canada Income Tax Treaty.”

Look Down Under To Australia

According to Bespoke Investment Group, Russian stocks offer on average the best dividend yield among advanced economies at 6.23%. But investing in Russia isn’t recommended as the country’s over-exposure to the oil industry poses economic woes should the commodity continue trading lower.

Second on the list is the United Kingdom at 4.77%. But the country’s very recent departure from the European Union means it’s companies are operating without any long-term free trade deals. Until further clarity on the business environment can be established, investors may want to consider third-place Australia at 4.43%.

Australian stocks offer investors an attractive dividend yield environment, on top of a relatively stable currency. As an added bonus, dividends from Australian companies are not subject to double taxation.

Australia is home to more than 2,000 companies with a combined worth of around A$1.9 trillion ($1.275 trillion). Investors can find companies with direct exposure to the fast-growing Asia-Pacific region, or global mining and metal giants.

The Japanese Yen is considered to be a “safe haven currency” and long-term dividend investors shouldn’t worry much about losing money on foreign exchange rates. The Japanese yen started off 2020 at approximately the same level it traded at in late 2014.

The relative stability of the yen makes Japanese stocks an ideal destination for foreign investors. After all, Japan is the world’s third-largest economy and home to some of the most advanced and reputable companies that offer attractive dividend yields.

Nissan Motor, for example, boasts a dividend yield of around 6% at the end of 2019 which is around 1.5 percentage points higher than U.S.-based rival General Motors.

Before considering a foreign investment of any sort, investors need to make sure they can realistically achieve a reasonable profit after covering costs associated with international investing. If this can’t be reasonably achieved, the U.S. is home to some of the world’s biggest companies and it shouldn’t be difficult to find attractive dividend players.